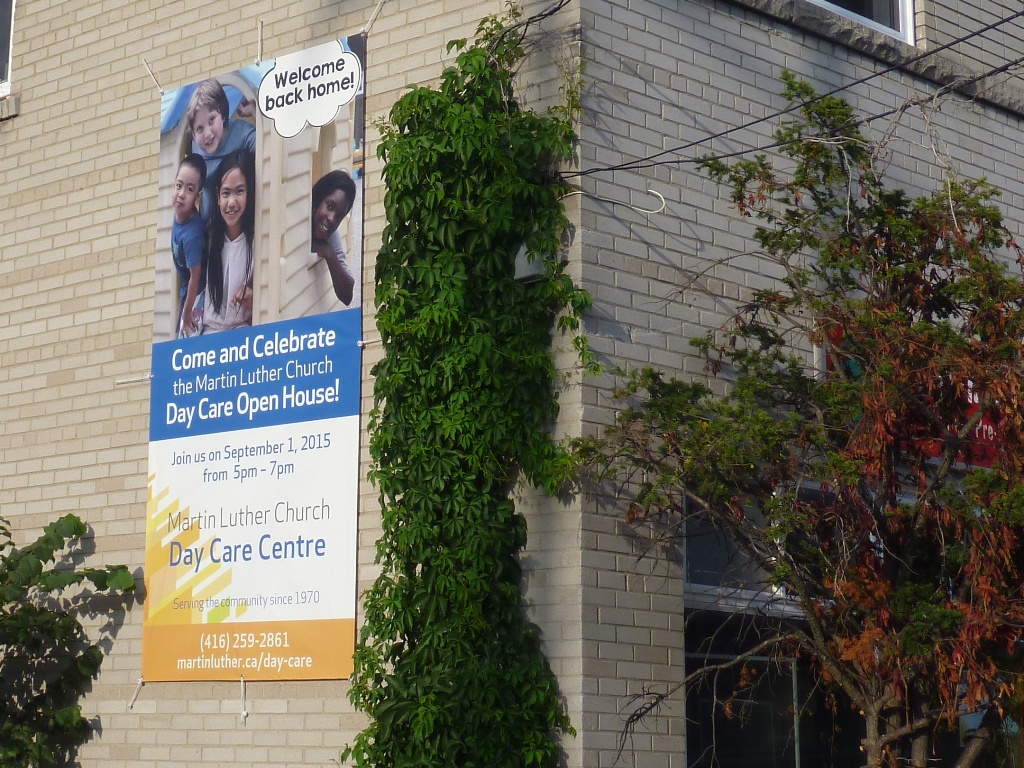 In October of 2013, a fire destroyed part of the Martin Luther Church Day Care building at 5 Superior Avenue. Now, after almost 2 years of renovations to meet new regulations, the Day Care is getting back on its feet. Balancing an adaptable mindset along with an unshakable philosophy they discovered, was the key to using this crisis to once again evaluate and confirm their commitment to the children and families in the neighborhood.

For 45 years, the Martin Luther Church Day Care has provided subsidized care to the children in the Mimico community – starting with just 23 children in 1970, and growing to support four age-tailored programs and more than 72 children over the years. „The past has taught us to be flexible“ says supervisor Teresa Kurek „During [our] lifespan [we] have changed the dynamics constantly. Programs are offered when the need arises and closed or transformed when that need changes.“ 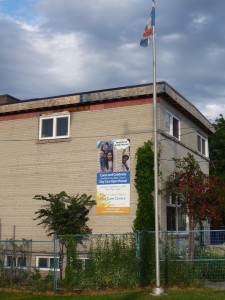 The fire 21 months ago was just the daycare’s latest challenge in flexibility. Losing the ability to operate in the building at 5 Superior Avenue meant having to relocate the pre-school program and closing the toddler program altogether. „We have jumped every hurdle so far” says Inge KooTze Mew, board member Martin Luther Church Day Care, „It’s a combination of keeping what is important at our core – passionate teachers, partnership with parents – and being adaptable.” As the renovations come to an end and the re-opening nears, the mission remains what it has always been: ensure that excellent care is provided to as many of the neighbourhood’s children as possible.

The Martin Luther Church Day Care’s educational philosophy has also seen the benefits of both adapting to new ideas and working from a place of strong values. Since its inception, play-based learning and family-type care have been the foundation for the daycare’s mission statement. Today, the daycare’s teachers continue to support learning by doing and foster a family atmosphere, but unlike a couple of decades ago, the organization now follows a government mandated curriculum and has put a special focus on learning with family and children to find out how to best encourage the individual child.

The timeline of the re-opening gave the daycare staff some important choices to make, but in each case the determination to keep the children’s interests at heart overpowered taking the easy road. It may have been far easier to move into another space instead of renovating the burned building, but the daycare deliberately chose to stay in the space for the familiar environment and proximity to the other programs in the church. “I was happy here, because it was like home. It is in a residential building. It is small – perfect” Kurek says. Likewise, new regulations by the Government of Ontario allowing a larger teacher to child ratio were disregarded in order to give each child more individualized attention.

New facilities installed during the renovation, including a new kitchen, will no doubt help the daycare fulfil all ministry requirements. Child sized washrooms, for example help foster independence, while a newly renovated play-space will support the daycare’s “learning by doing” approach. Best of all, when the building re-opens in the fall, there will be space for 56 children – plenty of room to welcome back both the preschool and the toddler program. 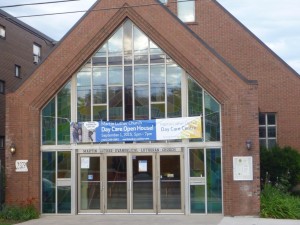 An exciting final part of the renovation is planned for after the re-opening in September 2105. The grey, plain walls on the outside of the daycare building are being painted over in favour of a mural that hopes to bring some of the vibrancy inside the daycare to its external walls. Not only will it spice up the scenery on Superior Avenue, but organizers are hoping the painting will integrate the daycare into the community further and create visibility. “We are living in a vibrant, active and culturally rich neighbourhood along the lakeshore in Mimico that shows passion for the arts” says church president Iris Schweiger, “This is the perfect opportunity to add to that spirit, as well as show the community what the daycare is all about.”

As the renovations come to an end, those working hard on the re-opening have begun to see the last two years as a blessing in disguise and a chance to breathe new life into the organization. “Since the lakeshore is changing so quickly right now, we have to reinvent ourselves” reflects the church’s pastor, Pastor Christian Ceconi, “Even so, the goal stays the same: we want to create a special place for children and families, because children are a blessing in every community.” – Sonja Schweiger, August 18, 2015 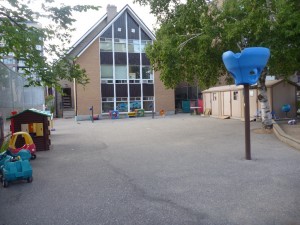 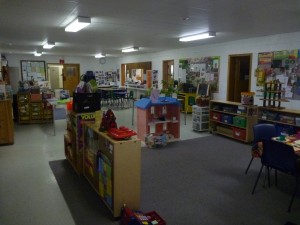