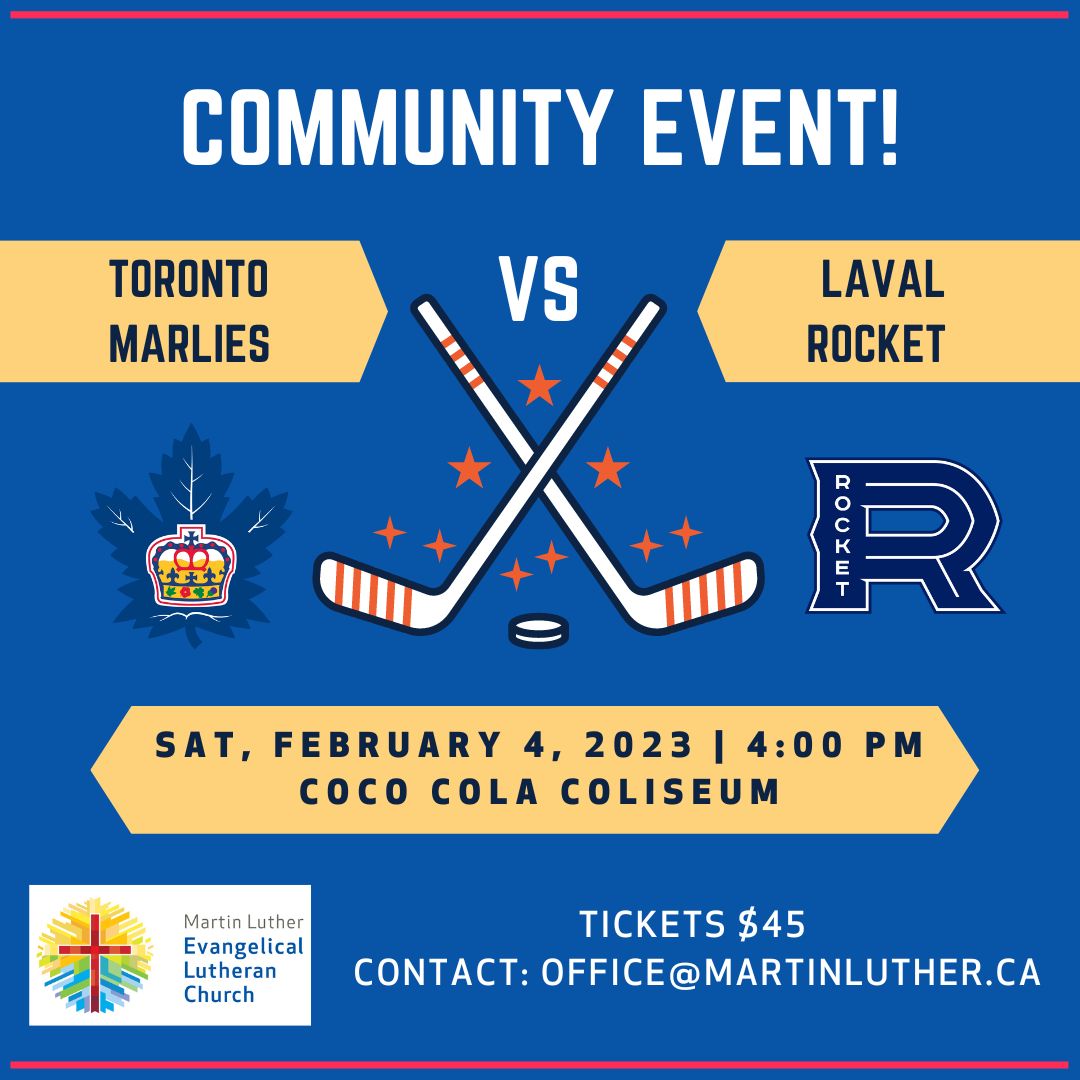 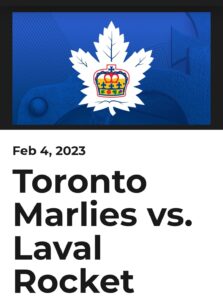 Who would like to join our church community to see a hockey game of the Toronto Marlies team on Saturday February 4, 2023 against the Laval Rockets? Game starts at 4:00 pm at the Coca Cola Coliseum (45 Manitoba Drive), on the grounds of the Canadian National Exhibition.

If you would like to join us please contact Kai Herrmann before January 28, 2023 to purchase your tickets. (k.herrmann.to@gmail.com) Tickets are $ 45.

The Toronto Marlies are a professional ice hockey team based in Toronto. They compete in the American Hockey League as a member of the North Division of the Eastern Conference. The Marlies team is owned by Maple Leafs Sports & Entertainment, a company that owns several professional sports teams in the city, including their NHL affiliate, the Toronto Maple Leafs. The Marlies have played their home games at Coca-Cola Coliseum since 2005. -Wikipedia

Coca-Cola Coliseum is an arena at Exhibition Place in Toronto, Ontario, Canada, used for agricultural displays, ice hockey, and trade shows. It was built for the Canadian National Exhibition and the Royal Agricultural Winter Fair in 1921. -Wikipedia